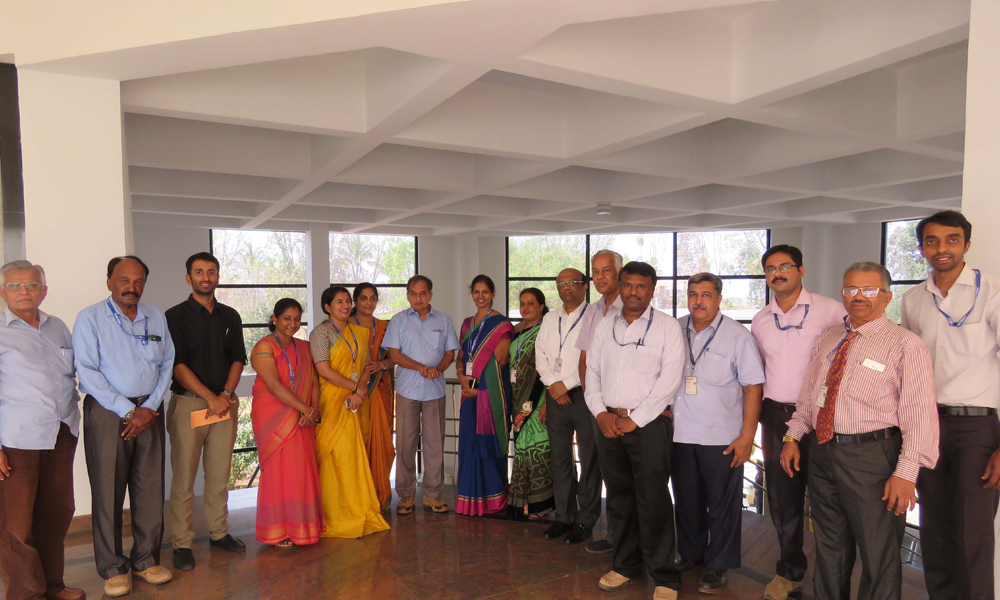 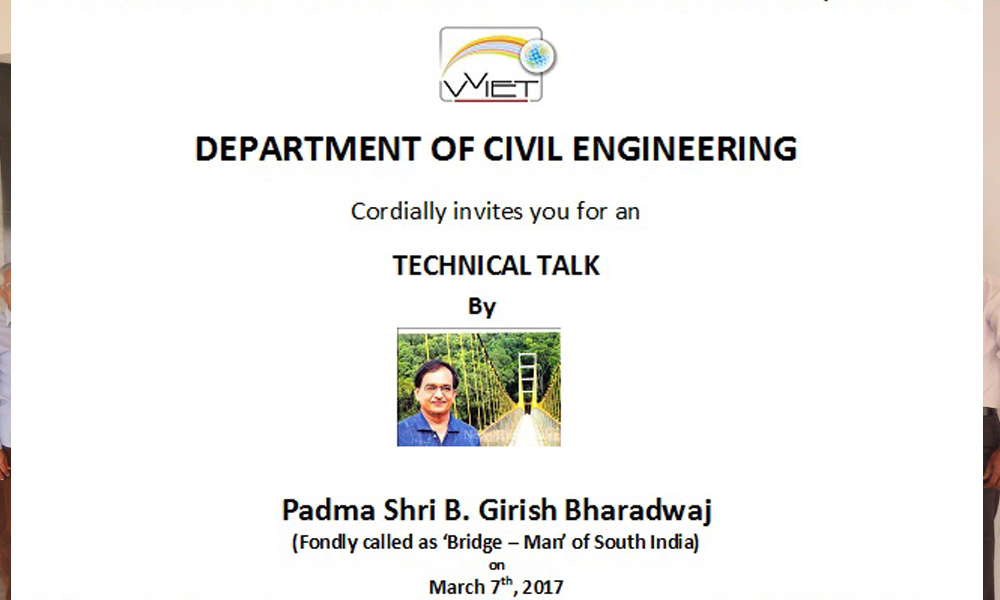 Vidya Vikas Institute of Engineering and Technology, Mysuru witnessed a phenomenal and an inspiring technical talk on “Suspension Foot Bridges for Rural Development” by Padma Shri B. Girish Bharadwaj on 7th March, 2017. The program was well attended by over 400 students and faculty of Vidya Vikas family of institutions. Special arrangements were made for live streaming of the event on a big screen, which was witnessed by hundreds of students.

The Guest of honour took the audience through a magnificent journey of design and construction of suspension foot bridges and narrated how he was able to overcome the challenges he faced as an engineer in building more than 130 bridges across south India. These cost effective bridges are a source of life line to people of remote areas to enter the mainstream and mainland. Shri B Girish Bharadwaj, a mechanical engineer by profession took a quantum of leap in bringing out change to the society with a true cause of providing better reach to community. He stressed on establishing knowledge connectivity amongst people to realize higher quality of living standards. He motivated the students by emphasizing on building team work by citing – ‘Together Everyone Achieves More’. The audience were captivated during the interactive session, as Shri Girish Bharadwaj expressed his significant approach in building “ Bridges of love” thereby conveying a message to all the students to excel in any field they chose. He called up on budding engineers to not only concentrate on academics but also shower love and affection to the needy and make their life more comfortable. For a question on how he was able to build bridges in the naxalite areas, he narrated how he was able to win them over by heart and convince them about the need of the hour. He concluded his talk by a famous quote “In perfect freedom & In perfect Joy”.